Radio Prague to air special broadcast on shortwave on May 18, 2013

On the occasion of Czech Radio’s 90th birthday on May 18, 2013, Radio Prague will air a special one-off broadcast on shortwave in cooperation with Radio 700. To find us on shortwave check out the table below:

The broadcast will be aired via the 1 kW Kall-Krekel transmitter in western Germany.
All reception reports received will be acknowledged with a special QSL card issued on the occasion of Czech Radio’s 90th birthday. We wish you happy listening!

info from http://www.radio.cz/en/static/may-18/
Posted by Vitaliy L.D. at 21:11
Email ThisBlogThis!Share to TwitterShare to FacebookShare to Pinterest

Posted by Vitaliy L.D. at 20:17 No comments:
Email ThisBlogThis!Share to TwitterShare to FacebookShare to Pinterest

ALASKA
I received the KNLS only several times in October 2012 and January 2013. During every reception signal was enough weak. Reception report was sent only on 15 April 2013 using the record of 18.01.2013 Russian px. The QSL-card, postcard and the pennant were received in 15 days.
Report was sent to questions at knls.net 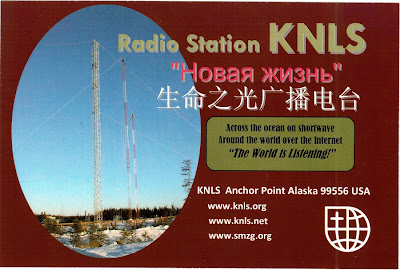 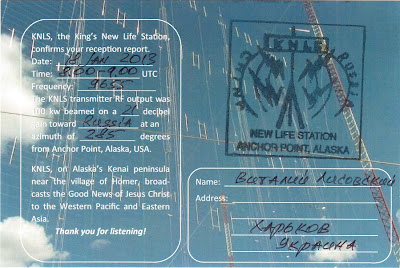 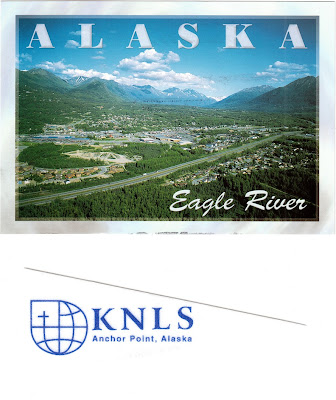 This is a blog of radio-observations of distant, low-power and other interesting radio stations on SW and MW by Vitalii, originally from Kharkiv, Ukraine.
You will find here my QSLs, sometimes logs or other information.
The blog is rarely updated since 2014, sorry!

This equipment wasn't too cool but sometimes it gave me pleasant surprises!
Recent update:
At the moment, my QTH is somewhere in Western Europe.
I still use the same DEGEN DE1103, combined with various wires as antennae.
CONTACT ME

You can write to comments.
PROPAGATION CONDITIONS